Emily Zhen: My first time voting in a political election 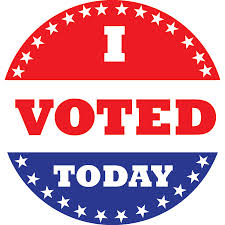 Today, I had the honor of voting in the primary election before my 18th birthday. Thanks to a new law passed in Illinois, 2014 is the first year 17-year-olds can vote in the primary elections if they turn 18 before general elections. The rationale behind the law is that someone who can vote in the November general election should have a say by voting in the primaries for who the candidates will be. As a first-time voter, I was excited to see how the process works and to have my voice heard even before I officially turn 18.

After hearing about this new law, I registered to vote at school during one of my lunch periods in mid-February. During this process, I presented my driver’s license and school ID to the volunteer registrar, told the registrar my address, phone number and other basic information, and then signed the form to recognize my rights as a voter. The registrar then handed me a carbon copy receipt of the form and told me that my voter registration card would come in the mail in a few weeks.

Last night, the night before Election Day, I asked my parents where they usually go to vote. Naperville opens up many of its public venues, such as its libraries and churches, to serve as voting centers, and each one is specific to where you live and the congressional district you are a part of. I did some research on each of the candidates, knowing that I would have to identify with a specific political party the next day. Although I did not get the chance to thoroughly learn about the candidates, I picked up a little bit of background on the nominees, enough for me to make decisions based on solid information, not just based on how much I liked the names.

Driving home from school, I distinctly noticed clusters of political campaign signs located at each of the street corners near a polling center. I smiled as I drove into my polling venue, New Covenant Church, and noticed several signs at the entrance of the parking lot. When name recognition plays such a large role in the primary elections, this last-ditch effort to gain more voters made a lot of sense.

Though I did not receive my voter registration card, I brought my Driver’s License into the polling place thinking that the election commission would request some form of identification. Not knowing what to expect, I approached the door to the church and saw a “No Electioneering” sign which outlawed any form of political campaigning or political talk within 100 feet of a polling site. Walking into the building, signs that were red, white and blue guided me to the polling room. As I approached the counter, I began to take my Driver’s License out of my wallet until the man from the DuPage Country Election Commission told me that he didn’t need an identification card from me. He said all he needed was my first and last name.

As I said, “Emily Zhen,” carefully spelling my last name for the man, he reached for a binder on a table. There were several binders lying on the table, each corresponding to a specific part of the alphabet. I was surprised by how thick the binders were, indicating that many people in my district were registered to vote. Somehow, the man flipped directly to the page in the binder for me. After finding the right page, he grinned at me and chuckled, then said something about how this must be a lucky day for both of us. I told him that this was my first time voting and that I was actually 17. The man gave me a slip of paper with my name on it, the precinct information and a number on it, and then told me to see the woman at the end of the table wearing white. When I approached the woman, the first question she asked me was, “Democrat or Republican?” After answering, she handed me a privacy cover, the ballot and a black, felt tip marker. The Democratic ballots were green on the top, while the Republican ballots were yellow on the top.

The voting process itself didn’t take longer than five minutes. Filling in the ballot was similar to filling in the bubbles on a scantron, except many of the federal and state positions on my ballot only had one candidate option. What surprised me was that a handful of the positions didn’t have any candidates listed. It was also interesting how a few positions allowed voters to write-in a candidate’s name. I also didn’t expect to get the chance to vote for positions like “Regional Superintendent”, “County Sheriff” and “County Clerk.”  These were positions I rarely saw political canvassing for and it was fascinating seeing the positions appear on the ballot.

After I finished the voting process, an Election Commission worker directed me to gently feed my ballot into a machine called a “Ballot Box.” A man and a woman from the Election Commission explained to me that the box counts how many ballots it receives and tallies up the votes for each candidate, both Democratic and Republican. At about 4:45 p.m., the box displayed that over 300 people had cast their votes. When the polls close at 7 p.m., the box prints a long strip of results. The results are then sent to the local courthouse, where they are counted and tabulated for further reporting.

Since I will be heading off to college out-of-state next year, I asked the Election Commission worker if I would be voting for my district back at home in Naperville or my district in Philadelphia, where I will be going to college. He told me that I actually had both options; if I wanted to vote in my original district, I could vote early or fill in an absentee form.

About 20 minutes later, I walked out of the church with a “I Voted Today” sticker, a special treat from the Election Commission—a large Hershey’s bar—and the satisfaction of knowing that I exercised one of the most important duties of an American citizen.