Children’s television: what did we watch as kids?

In second grade, I would wake up early on weekdays to watch episodes of “Chuggington,” a show about trains with human features. I lived for this show and couldn’t tear myself away from it.

It’s relatively common to see situations where children will be obsessed with a TV show. It’s also commonplace for parents to throw on a TV show to occupy a child, and they become so entranced that it feels unnatural.

TV plays a bigger role in childhood than many people realize, and it’s much more complex than what meets the eye. 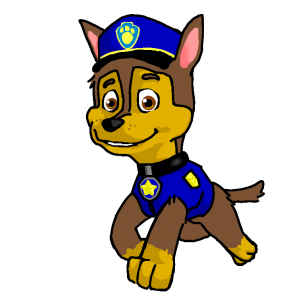 To find the importance of TV in growing up and what it means to us, I decided to spend some time watching one episode from over two dozen children’s programs from different decades.

For many, TV is seen as an outlet that kids can use for entertainment. This is true, but the benefits kids can gain from watching good TV are not as well known. Some shows are specifically designed to teach kids, and without blatantly shoving information in their face.

Two of the most well renowned and oldest television shows that fill this description are “Sesame Street” and “Mister Rogers’ Neighborhood.” Both shows promoted learning to read and communicate, and both covered complex topics to help children understand the world around them.

When it comes down to the bare plot of the show, almost all of them can be traced back to an educational theme designed to help kids make sense of the world, with a few exceptions.

It can be easy to dismiss these shows as worthless, so it is important to determine which shows are worth watching.

“Some shows are definitely better than others,” mother of two Caitlin Tobin said.

When watching the shows, it was fairly evident which ones were clear winners, and which ones seemed to have very little value.

“‘Daniel Tiger’s Neighborhood’, ‘Paw Patrol’ and ‘PJ Masks’ are some of the ones I hear about a lot,” Tobin said.

With the exception of “Daniel Tiger’s Neighborhood”(a spin-off of “Mister Rogers” Neighborhood)  I found that the most popular shows were usually the ones I saw the least value in from the lens of an adult.

There was obviously something these 4-year-olds knew that I didn’t.

“Paw Patrol” was one of the most popular shows, so what made this specific show that I found to be mundane popular with its audience.

“Kids don’t have a great understanding of everything,” Naperville North sophomore Nithilan Kalidoss said in reference to his favorite show, “Tom and Jerry.”  “The slapstick humor and action were easy to follow.”

When looking at “Paw Patrol” for the same slapstick humor and action, it was a bit more clear this time. The characters actions had easy to understand, large scale consequences that may be unrealistic but were easy to follow, even if they made little sense in the real world.

Although these other aspects made sense to me, there is still one big reason “Paw Patrol” seems to grab so much attention.

This rang a bell in my head. Kids love machines; they’re a simple concept that carries energy and makes sense. It’s tangible. That’s important to kids who can’t grasp conceptual topics quite so well. 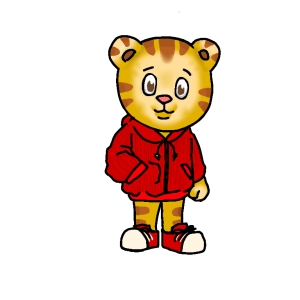 This is the same reason my second grade self found “Chuggington,” the train show, so attractive, and why the Pixar movie “Cars” did so well.

“Paw Patrol” makes ample use of this idea. Putting puppies in the roles of public service workers and giving them heavy machinery ticks every box.

Freshman Ryan Mueller explains this best in reference to another popular show for kids of a slightly older audience, “Phineas and Ferb.”

“I would see these inventions and machines and think ‘oh wow, I kinda wish I could do that!’” Mueller said.

Now that makes sense, when pairing the simple plotline with this concept of machinery, “Paw Patrol” doesn’t seem so alien anymore.

This same action-packed and never-boring model of TV show is applied across a range of shows for different demographics.

“PJ Masks” takes average kids and throws them into the roles of superheroes. This grabs young minds so effectively by jump-starting their minds with a complex situation made understandable.

“Peppa Pig,” although somewhat controversial (due to its ban in several countries), teaches kids how to deal with family and social situations- by plugging them into a world of whimsical pigs. The same is true with a long time favorite of many, “Arthur.”

“Curious George” takes the curiosity and impulsiveness of the young mind and brings it to life with countless “what if?” scenarios.

Of course, there are some outliers that don’t always make sense. “Beavis and Butt-head,” for example, has few redeeming qualities, but slapstick comedy still gives kids the easy to follow humor that helps establish connections in the real world.

These countless programs bring new ideas in entertainment and education to the table in a way that deserves some recognition.

“Paw Patrol” and the like fill this spotlight for a show kids absolutely love today, but it’s not the same style of show found in that spotlight in the past.

“Sesame Street” and “Mister Rogers’ Neighborhood” were at the top of the TV food chain at one point, and were shows almost every kid watched. When watching these titles, it was easy to see the value in the lessons they teach and what they seek to provide viewers with. Why aren’t these shows as popular as they once were?

These older style puppet shows struggle to compete with the eye grabbing and detailed animation found in modern ones. 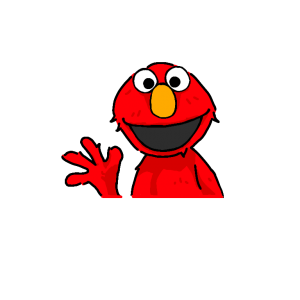 I had a large amount of respect for “Daniel Tiger’s Neighborhood” in particular. This reincarnation, so to speak, has all the life lessons and wholesomeness found in the classic programs, but is infused with the more attention grabbing animation style of the 21st century, and tackles problems through a more modern lens.

This show had done particularly well not only with children, but also with parents like Tobin, who watch with their kids and are supportive of the ideas it propagates.

I found watching dozens of episodes of programs designed for a young audience strangely intriguing.

The plots started to genuinely engage me. I paid attention, whether I meant to or not.

These shows have such a simple base that is easy to grasp that makes them irresistible, and probably for the better. They spread positive messages that are aimed at prospering good thinking and social skills.

This easy watchability by anyone is what can draw older siblings into watching a show over a siblings shoulder that they never intended to (which I found out is not as uncommon as I thought).

For all the things TV is for kids, permanent is not one of them. YouTube and videos on demand continue to contribute to the phasing out of traditional television.

YouTube creates a dangerous scene for the life of children’s television. The videos available at will on YouTube and about any topic draw the options provided by television. However, YouTube often time offers little of the  educational or social benefits found in TV.

Tobin agreed with the consensus that YouTube posed more of a threat to kids than a benefit.

“Anyone anywhere can upload something [to YouTube],” Tobin said. “And that is not something I’m very comfortable with.”

The benefits of television far surpass those of YouTube. One study done at the University of Maryland found that children who grew up watching “Sesame Street” saw greater academic performance in their early elementary school careers.

When a kid sits down to be engulfed in a TV show, and makes it part of their routine, it engages a passion for learning unique to the culture of youth television.

I look back at my time as a little kid watching “Dora the Explorer” and I can comfortably say that the experience I found there as a child has stuck with me in some form throughout my life, and going back to watch some of these programs truly opened my eyes to what television can mean to us growing up.