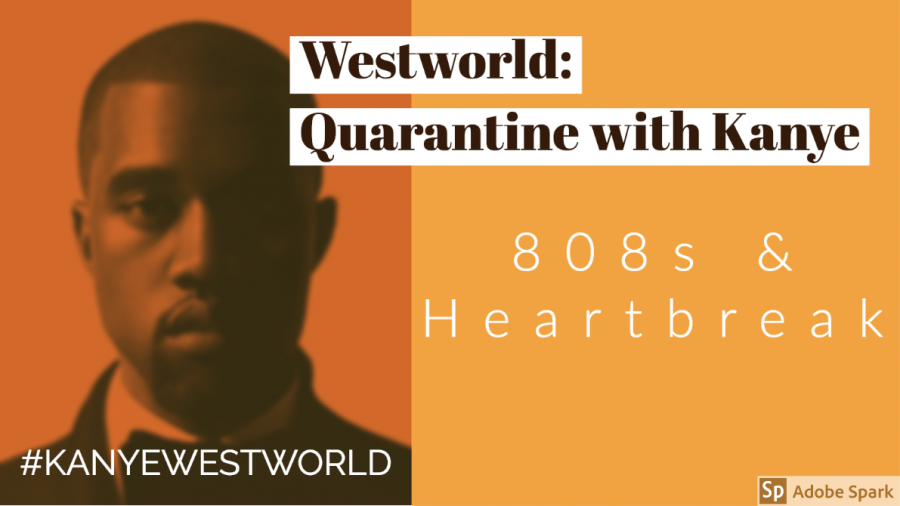 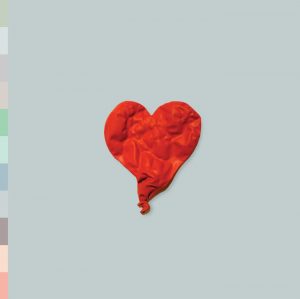 “808s and Heartbreak” (2008) is an S-tier album for more than just its phenomenal compositions and production. The album’s true glory comes from its thematic value, something deeply intertwined within the music and gorgeously portrayed. The album also has West’s most consistent tracklist, with its weakest tracks outclassing those of the other S-tier albums significantly. In thinking about my favorites, I almost named two-thirds of the album (including “Welcome to Heartbreak,” “Street Lights,” “See You In My Nightmares” and “Coldest Winter”), so the tracks I’ve listed here shouldn’t be perceived as being on some sort of untouchable pedestal above the rest.

Rating: S (super, higher than an A – ratings explained in the chart below)

I’ve been listening to these albums during my conveniently album-length walks around my neighborhood. It’s been a great excuse to leave the house, really. But typically, I don’t retain much from these soundtracks to my walks. My first listen to Kanye West’s 2008 release “808s & Heartbreak,” however, was different. In fact, I vividly remember two moments (during “Say You Will” and “RoboCop”) where I stopped walking and simply thought to myself…

With the benefit of hindsight, I think that designation is much less clear now, but my first impression of this project was more positive than any other.

“808s” is, somewhat famously, a black sheep in the Kanye West discography. For one, Kanye sings more on this album than any other by a mile, never even rapping a single verse himself. These vocals almost always have autotune or some other processing effect on them, which, while it’s done quite tastefully, I could see being off-putting to some.

“808s and Heartbreak” is Kanye West’s most thematically and conceptually brilliant project. There’s a beautiful juxtaposition of lush strings and mechanical, computeristic percussion and synth lines all across this record that illustrates the torn nature of Kanye’s mind. The audio effects on all of the vocals portray him as inhuman and broken, needing to protect himself in his most vulnerable state. These rhetorical choices are remarkable in their consistency and yet they serve as neither a crutch nor a hindrance in the overall scope of the project.

When it comes to consistent tracklists, “808s” tops the list. The lows of this project are notably more enjoyable than those of his other S-tier projects (“Late Registration” and “My Beautiful Dark Twisted Fantasy”). Not every song is a home run, but every single song brings something engaging and quality to the table.

Compositionally, “808s and Heartbreak” is Kanye West at his best. What it lacks in zingers and lyrical gymnastics it more than makes up for in universally catchy songwriting. Most of the catchiest melodies (though far from all) from many of Kanye’s other projects are sampled, but the samples on this album are much more subtle, certainly not melodically central. I love every single chorus, chord progression and synth line on the entire project.

This is shown right off the bat with the opening track, “Say You Will.” It’s a harrowing opener, simple but shockingly catchy. Essentially the entire song is composed of a choral background, a few piano chords, two synth blips, a bass line and a few drums. That really isn’t very many instruments, yet the song feels grandiose and powerful. West’s vocals are engrossing and emotional, combining with the instrumental to create a stellar opening track. Admittedly, the three minute outro is just a tiny bit much, but it provides just enough variation throughout its duration to feel valid.

“Heartless” is an oddball banger. The chorus absolutely slaps, but what stands out about this song the most is the wacky beat, led by pounding woodwind chords  — my best guess is it’s a pan flute but I honestly couldn’t tell you. Bouncing off of this at the end of every phrase is an almost comically-aggressive banging piano, but it exponentially increases the energy of the track to nuclear levels. Nothing else in the Kanye West discography sounds anything like “Heartless.”

The single “Love Lockdown” is actually the worst track on the album. It suffers from being just a bit too simple, to the point that its instrumental for 75% of the track only contains the bass, a piano line and percussion. Often, only one or two of these three components are even playing. It’s a catchy song, sure, but I find it leans just a little bit too much on the repetitive side. I also find that the piano is mixed far too quietly in the chorus to the point that it’s completely drowned out by the percussion. Perhaps it was an intentional decision but the song certainly sounds out of balance. Despite these complaints, though,  it’s still a pretty good song.

“RoboCop,” as mentioned before, physically stopped me in my tracks the first time I heard it. The chorus is absolutely sublime. The raw energy brought by the violins and glockenspiel layered on the rapid, scratchy synth sound and all married with Kanye’s incredible melody create an unforgettable experience. The usage of strings in general on this album is masterful, but here it truly shines.

I don’t want to spend eons discussing tracks, though of course I could, so in the track “See You In My Nightmares” I really just want to commend Lil Wayne on his performance in his verse. As one of the only actual rapped verses on the whole album, it certainly stands out. The raw desperation he conjures in his voice is amazing, and the delive

ry is one of the most unique I’ve ever heard. It’s a highlight of the record for sure.

“Pinocchio Story” is the perfect bookend. The album audio is from a live performance, complete with audience screeching and plenty of echo. I found it a bit strange on first listen, but it’s thematically far too perfect to accurately put into words. As he sings:

“There is no Gucci I can buy

There is no Louis Vuitton to put on

There is no Y.S.L. that they could sell

To get my heart, out of this hell

And my mind, out of this jail”

Some members in the crowd can be heard cheering in glee. The symbolism of him singing about wanting to become a real boy on the only song without autotune or even production on the entire album is… flabbergastingly genius. There are so many dichotomies present in this song in relation to both itself and the rest of the album. The song itself is beautiful, sure, but this song’s meaning transcends just the notes on a page. It’s decisions like this that make “808s and Heartbreak” an S-tier project.

As with many of these pieces, I could continue gushing over or analyzing this album forever. I’ve tried to keep these manageable so far, though who knows how long I’ll be able to stop myself for… After all, there’s only one more S-tier album to me…and you’ll be hearing about it next Monday. Be sure to join me for my review of “My Beautiful Dark Twisted Fantasy.”

Like always, I’m inviting you to join in on this conversation. “808s & Heartbreak” polarized fans when it was released, so which side are you on? Look for me on Twitter @bhajerCT and @centraltimes and use the hashtag #KanyeWestworld to share your thoughts.