Our parking’s not going anywhere, literally or figuratively 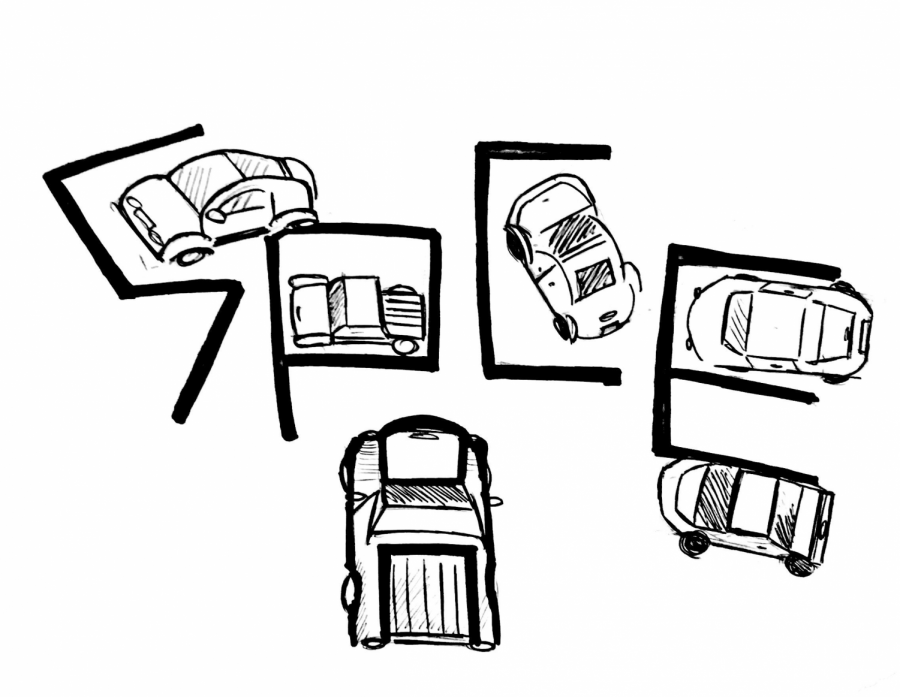 For a high school of just under 2,800 students, there’s often a shortage of parking at Naperville Central. There isn’t a sole cause for this issue: during the second semester, three-quarters of its student body will be at least 16 years old and eligible for a driver’s license.

Consequently, many students compete for a limited amount of spots. For example, the senior parking lot is already dedicated toward a fraction of seniors and parking on Hillside fills up quickly in the morning. It can be difficult for students to find close parking to the school. At times, drivers park poorly on Hillside, preventing additional cars from having space. Multiple Central Times staff members have mentioned instances of hit-and-runs on or near Hillside, which a clustering of cars may partly contribute to.

As environmentally friendly and a cost-effective form of public transportation, buses seem to be an optimal solution to the parking issue. If students can take buses to school, why would they need to drive and thus take up parking spots?

During an editorial discussion, many CT editors who took the bus to school during their underclassmen years noted several issues with the district’s current method of transporting high school students. Two staff members shared that their buses arrived between 6:30 and 6:55 every morning. One continued that as a result, she woke up at 5:45, the same time she would have woken up for morning practice. To park on Hillside, she woke up as early but didn’t need to wait outside, while senior parking allowed many staff members to leave their house around 7:20. Neither of them take the bus to school anymore.

It appears that, despite the benefits that come with a bussing system, inefficiency is a core issue that has discouraged many students from using buses.

Moreover, buses aren’t available to students who live less than a mile away from school. For those toeing the line between a bus assignment or a lack thereof, walking home can be relatively difficult, especially in the wintertime with the biting windchill. That’s the case for another one of our editors, who now drives to school instead.

What, then, is a safe and cost-effective alternative to parking? It turns out that it’s quite a difficult problem to solve, as there are many obstacles to expanding parking at Central. For example, it’s not feasible to prevent sophomores from driving to school because staff cannot match drivers to IDs and grade levels without creating a backlog in the morning. Without the driver in the car, however, there’s little way of knowing who drove it and what grade they’re in.

Consequently, a multifaceted approach is needed to attack the parking issue, utilizing both buses and parking lots around the school. Buses currently arrive early to pick up Central students because Naperville District 203 is a unit school district, which means there are high schools, middle schools and elementary schools. As a result, high schoolers need to arrive at Central early so that buses can continue on their routes to pick up students who attend schools with later start times.

The district can invest in more buses specifically dedicated to Central and North to alleviate bus drivers’ schedules so high school students can arrive at their bus stops later. This may incentivize more students to take the bus and alleviate the parking burden. Another benefit that isn’t as related to parking is that it would require fewer parents to drop off their students in the morning and pick them up in the afternoon, reducing traffic.

In addition, the district should continue to actively negotiate with the owners of surrounding parking locations to secure spots for students on weekdays. For example, students who park on Rotary Hill are at risk of being ticketed. The district office’s parking is reserved for guests but is often partly empty on school days. Naperville Settlement doesn’t allow students to park on its property, though attendees to its events are allowed to park at Central.

By working with the city and other organizations, the district and school may be able to expand access; at the end of the day, even the smallest increase in parking spots will benefit the student body.