‘Sex trafficking’ sounds too scary to discuss in high school. It is. And we must. 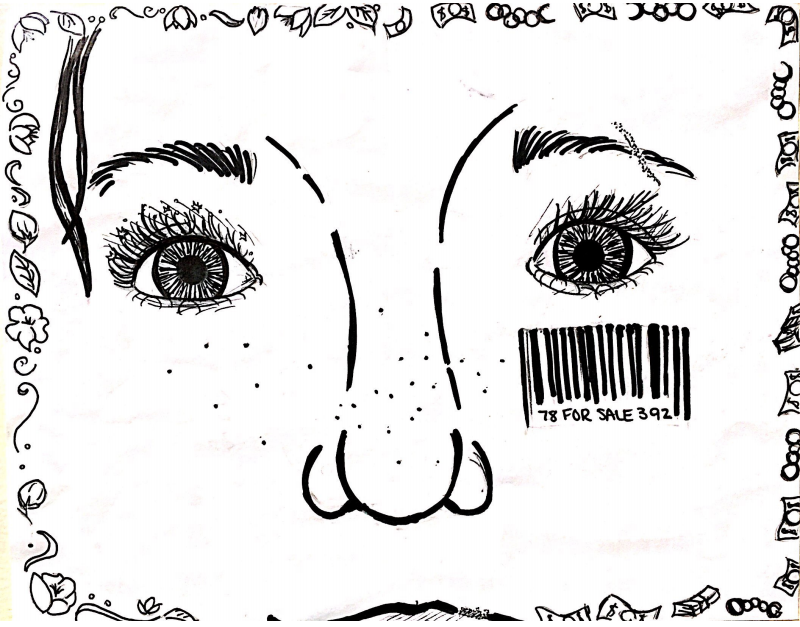 In light of National Slavery and Human Trafficking Prevention Month, the Central Times explored the issue of sex trafficking and specifically, its depth and scope within the United States. Throughout our editorial discussion, we were surprised by how little we knew about sex trafficking – and appalled at how little we were taught.

If sex trafficking isn’t covered in school curriculum, many students may primarily learn about the issue on social media.

As Central Times’ Kylie Brown explains in her article “Human trafficking still runs rampant, even in the United States,” which can be found on page 2 of this month’s issue, misleading tips to avoid sex traffickers may be shared on social media. A popular example warns viewers to avoid untying zip ties from their car’s side view mirror until they drive to a safe location; while the content of such posts may be valid, they don’t necessarily portray the subject accurately. For example, victims of sex trafficking are often manipulated by someone they trust, not a stranger.

It is unlikely that most social media users will conduct further research into sex trafficking after watching a 15 to 60 second video on Tiktok. We’re then faced with another issue: if students mainly learn about a problem as dangerous as sex trafficking on social media and if social media inaccurately represents this problem, then students are not at all equipped to protect themselves from this in the future.

One may agree that globally, sex trafficking is a critical issue. In the United States, however, wouldn’t it be much safer, especially in Naperville?

That’s not necessarily true. In the spring of 2019, Fortune simultaneously called sex trafficking in the United States an “epidemic” and “big business.” Many students at Central will, of course, move away from Naperville after their high school graduation.

It’s critical, then, that both male and female students are taught about sex trafficking and protective measures prior to graduation. The most optimal course of action would be incorporating relevant content into the health curriculum, as it is a mandatory course.

Nor would it clash against curriculum already taught. In fact, a new Illinois law requires that the subject of consent must now be taught in sex education classes. The subject may be broadened to include more discussion about subjects including staying safe at parties and date rape.

To those who think this subject is inappropriately mature for high school sophomores, do some internet searches and you will soon discover that the age range of the average victims of sex trafficking mirrors the ages of Naperville Central students.

At the end of the day, it’s the school’s responsibility to educate students and enable them to protect themselves once they leave the safe reach of Naperville. Though sex trafficking might feel like it a distant issue, it is far more prevalent than it seems, and it’s time for our school curriculum to reflect that.