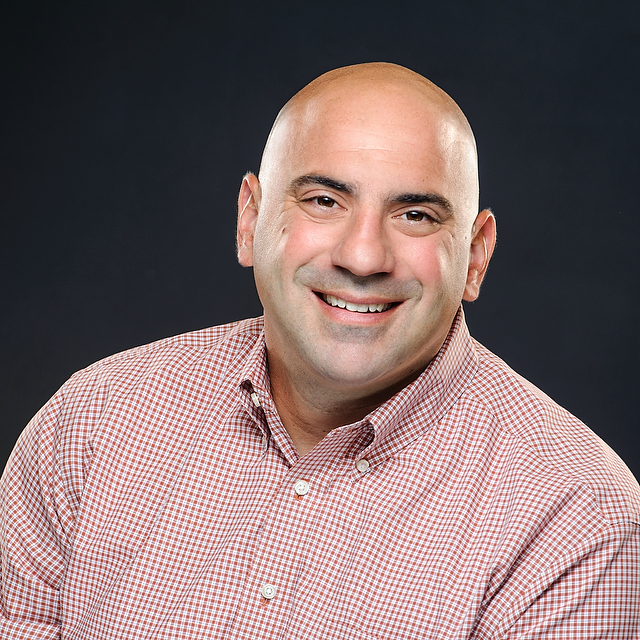 Introduce yourself. What do you do?

I’m a licensed clinical social worker. I have about 20 years of experience working with kids and families, [with] my own practice here in Naperville. For the past 5-10 years, [I] have been active with District 203 and other school districts doing training [and] presentations for kids, parents and administrators about intangible skills that lead to success into adulthood. I [chaired] the Naperville Chamber of Commerce board for about six years.

What do you hope is accomplished by the board if you’re elected?

I felt like schools didn’t focus on [intangible trades]: someone’s ability to adapt, someone’s ability to be decisive [and] adaptive reliability as much as maybe they could have. We’re too worried about what grades are going to look like, not [worrying] about being confident—making a decision and then adapting if we’re wrong. Systems try to support [kids] so much that we don’t allow [them] the opportunity to adapt, because we want to make sure they don’t have to adapt in the first place, that everything is always under control. I know District 203, with the development of their SEL curriculum has been doing really well with it. That’s just been a piece that I’ve always wanted to be more invested in. With the pandemic, what’s been really frustrating to me is that it seems like most kids have been treated the same over the past 10 months, and there hasn’t been a choice about what they need as far as in-person classes or not. I would want to see more parent choice and teacher choice whether it’s returning, teaching remotely, being in the classroom, remotely coming to school in-person or teaching them in person

What are your thoughts on the current district COVID-19 response? What is going well? What would you change?

It’s frustrating. I feel like in 10 months, the ball just hasn’t moved forward. It just seems like nothing has really been tried. The communication hasn’t been great. It’s surprising to me that there hasn’t been more of an effort to get those kids back to school, because that’s what the majority of the community wants. I would like to understand why public and private schools can be open while others stay closed. I don’t understand. So if there were investments that we can make now, that would prevent this from happening going forward, I would rather do that as a parent with three kids in the district than get the [tax] rebate.

Are you in support of mandatory COVID testing or a mandatory COVID vaccine requirement from the state for students to learn in-person next fall? (Aside from medical or other exemptions?)

No way. If you mandate that, what’s next? I think everything should be about family choice and decisions. To me, it goes to a civil liberty point. We lose 25 to 80 thousand people a year for the flu.* Why not mandate the flu vaccine?

If elected, how do you think the board would address issues with teacher fatigue and excess teacher turnover?

I’ve presented and worked with many teachers over the years in various communities. If there’s been a consistent response from them, it’s been that they would prefer to have more autonomy in their classroom and not feel like they are so administratively burdened. I would start by looking at what can be removed from their plates so that they can focus on doing the job they love, which is teaching.

During the Aug. 17 meeting, the current board passed “Resolution affirming the authority of the superintendent to implement Return to Learn plan for 2020-2021 school year.” Any thoughts?

At the time, I agreed with it. Things were changing so unpredictably, it made sense to have one point of contact to be responsible. It didn’t seem like anything moved any faster, so I’m not totally sure what the point was.

How can we as a district address issues regarding racism, bias, diversity, equity and inclusion?

Universal respect and decency always [have] to be encouraged. No one wants prejudice, discrimination [or] racism, [but] are you ever really going to get rid of it? My belief is no, you’re not, no matter how hard you try. I think kids get on each other. Sometimes it’s in jest, sometimes it’s meant to be offensive. I would rather also teach kids how to really feel empowered to handle themselves in situations that create those difficulties.

One last thing: why should people vote for you?

[I] bring a different lens to schools and I really don’t have a problem asking difficult questions. I think parents want leadership on board; they want somebody who’s going to advocate the best interests of the kids, which is what I’ve been doing for the past 20 years. I want to continue to do it, even if it makes a lot of adults angry.

Find out more about Adam Russo:

Back to main page